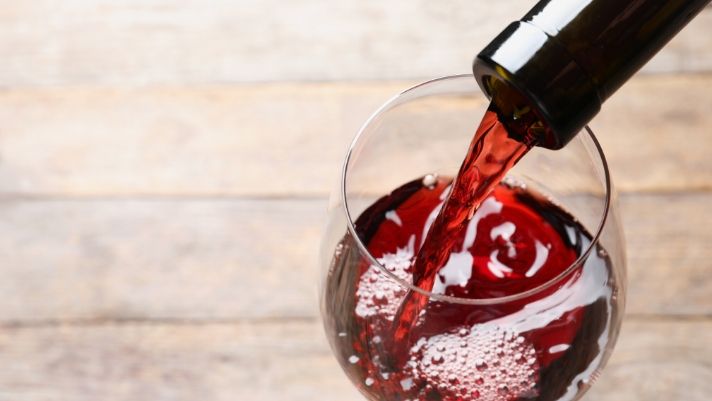 When we sip from a glass of wine, we want it to alight our taste buds, but only in a good way. There are times when our bottle of Rosé doesn’t taste, smell, or look like it should—it sets our taste buds on fire in a bad way. With so many bottles produced every day, it makes sense that a bottle every so often doesn’t hit your palate the way you want it to.

Flaws exist, it’s natural, but some can get people to slam down the glass and never drink that varietal again. Below, we’ll delve into how to detect wine faults and flaws. We’ll talk about the typical flaws that you may find and whether those are characteristics that totally destroy the wine. Take a look!

Before we begin, it’s important to note that there is a difference between flaws and faults. The following five flaws range on a scale of subjective to moderate to critical. Some flaws may destroy the flavor profile of a bottle to one person but enhance the flavors to another. When a flaw gets to the critical level, that’s when they’re considered “faultier” wines—they’re the ones you absolutely can’t drink for pleasure. Let’s begin.

Generally, it tastes and smells like a barn—whiffs of manure, stables, or old saddles. It can fade the color, diminish the structure, and lack freshness.

Also commonly referred to as “Brett,” Brettanomyces is a type of yeast. Now, this is the first on our flaw that falls under our subjective fault line simply because yeast is everywhere. Particularly, it’s everywhere in the winemaking process—it’s on the grapes, in the barrels, and in the air. Brett can find its way into a wine at any point, and too much of it can make the wine exude that barnyard quality.

For some, it’s too much, but for others, it’s a positive note that enhances dark fruit flavors and elevates floral notes within the wine. It all depends on how much and who’s drinking.

It kind of tastes like you’re drinking salad dressing—it translates heavily to vinegar, whether that be balsamic or red wine vinegar.

Similar to Brett, VA comes from the overflow of various yeasts and bacteria that jump into the winemaking process. The different bacteria and yeasts create acetic acid, the same acid that makes vinegar. When there’s too much of said acid, it can taste like you’ve suddenly poured a glass of balsamic vinegar rather than a nice red wine. However, this is another subjective flaw—some people admire the small amount of VA that adds sweet and tangy qualities that enhance red fruit notes.

Red wines turn brick-orange and lifeless, and brownish whites smell more like a cider than wine.

Probably one of the most common wine flaws people think of is oxidation. It’s common because it’s not just a problem that can occur because of the bottling process but because of how people store their wines. It can happen during winemaking, during the bottling process (a misplaced cork), or after you open the bottle at home. Oxidation occurs from too much oxygen exposure and falls into the moderate realm of our fault line.

Though there’s not much you can do if your wine oxidizes, there are also some white wines that use oxygen can enhance the flavor profile of some white wines. Winemakers age wine and strategically use oxygen during the winemaking process to create notes of baked apples and salted caramel! When done purposefully, oxidation doesn’t seem so grotesque.

You may not be able to see this one, but you sure can taste it—roasted, jammy reds with raisin-like flavors and whites that are nutty and Sherry-like (but not in a good way).

Maderized wine is what happens when your wine is exposed to too much heat. For example, think of a hot climate where someone might leave the wine in cases in the parking lot, cooking in the sun. It can also happen with a series of temperature spikes where the heat literally cooks the wine. Few wines can tolerate this hot treatment (except for Madeira wine), which places it on the severe scale of our fault line.

You may not be able to do much if your wine suffered heat damage before it got to you. But you can ensure it doesn’t happen on your own accord by storing at proper temperatures. If your wine is cooked, you can either try to return it or use it as a braising liquid.

TCA, the easy way to say 2,4,6-Trichloroanisole, is one of the only things wine people agree upon. It’s a chemical compound that results from phenols and/or fungi interacting with the cork. TCA ruins the wine, and there is no upside—it’s on the farthest side of the severe scale. Not many people want their wine to taste like a soggy cardboard box. Because there are a lot of advancements in winemaking, many people don’t have the exposure with a corked wine and don’t know how to pick it out. Simply put, if it smells like a basement, no matter the closure, it’s a faulty wine.

Some flaws really aren’t flaws at all and are actually intentional. Though many often mistake them for wine faults, the “flaws” below are perfectly normal and don’t harm the wine flavor.

Sulfur is added to almost all wine to help stabilize it. They can smell smoky or like cooked cabbage, and though that can deter people when they first open a bottle, it can burn off in 15-20 minutes. Your best bet is to decant the wine or stir it up with silver to reduce the offending flavor.

Those crystals at the bottom of the bottle? Those are tartrate deposits that naturally occur when potassium and tartaric acid combine. Most winemaking techniques can prevent this from happening, but either way, they’re harmless. Your fix is, again, to decant the wine with a filter!

Now that you know all about how to detect wine faults and flaws, you’ll be able to ensure that the wines you drink are of premium quality. If you’re looking for high-end wine delivery to your door, turn to Wines ‘Til Sold Out. We’ll make sure that you’re happy with your wine choices—from premium reds to chillable whites, you won’t want to miss out on our collections!