When reading about wine, you’ll often come across all kinds of vineyard descriptions that may seem esoteric and unrelated to your interests. Why would a person shopping for a good red to pair with lasagna care whether the vines were dry-farmed in well-drained, south-facing slopes? Many of these enigmatic facts about vineyards have a direct relationship to the wine in your glass and taste in your mouth. In this short series, we’ll explore some of these vineyard secrets and give you the necessary information to connect them with your own experience of wine. 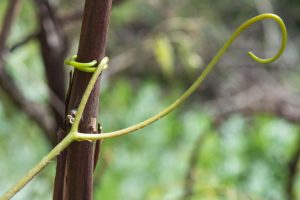 How many times have you seen the words “old vine” or its French equivalent, “vieilles vignes” on a label? It’s especially common in the US on bottles of Zinfandel, but you may encounter the phrase on wines from almost any style. Most grapevines are severely cut back each year, and their visible portion is kept roughly the same size over time. The roots of the vine, however, never stop growing. They continue to seek out new reserves of water and nutrients as the plant ages. Large root systems are not only capable of finding resources for the plant, but storing those resources, as well. Since the number of grapes grown at the surface remains relatively constant, the amount of nutrients available to each grape grows over time. In other words, grapes from old vines tend to be richer and more flavorful than those from younger vines. There is a downside for winemakers using very old vines, however: they tend to be less productive after a certain period – usually about fifty years or so. A winemaker working with vines about a half-century old or more may prioritize quality and heritage over productivity. 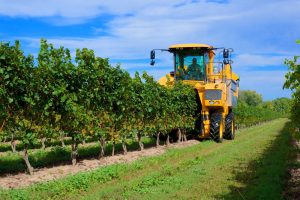 This term refers to the number of individual plants within a given area of land – usually an acre or hectare. Traditionally, higher density vineyards were seen as having more potential for top quality fruit, since it meant that each vine produced a smaller number of grapes. Some regions like Bordeaux are known for high densities, with about 10,000 vines per hectare. In the New World, lower density plantings are more common, with some as low as about 600 per hectare. Lower densities outside of Europe are partially due to the need for wider spacing and the use of machines that weren’t historically used in Europe, like tractors. Modern European vineyards with dense plantings have started using tiny tractors or even versions that straddle the vines, called “tracteurs enjambeurs.” 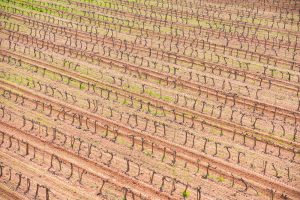 If you see information about vine density in a description, keep this rule of thumb in mind: anything lower than about 3,000 vines per hectare is considered low density, while anything more than about 6,000 is considered high. Most of the time, a discussion of high-density planting is included in a description because the winemaker sees it as a mark of quality and wants you to be aware of it. Descriptions of very low density usually come in the context of dry lands, where vines have to be planted far apart from one another to share limited water resources.