It should come as no surprise that many wineries are owned by corporations. The wines produced by large companies span the entire range of quality, and many of them can be outstanding. This post, however, will be the first in a short series telling the stories of small wineries and the way that they coax their grapes from the soil, turn them into wine, and get that wine into your glass. The first and most iconic model for small wineries is the family farm. 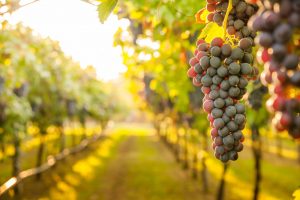 Evidence for wine production goes back about 8,000 years – a recent discovery in the country of Georgia found traces of an ancient vintage within earthenware jars decorated with dancers and grape clusters. Many wineries in antiquity were run by wealthy aristocrats, with poorer rural families making small quantities for their own use at home. During the middle ages, wine production by noble families continued, but the church also owned large plots of land and made generous amounts of wine.

The rise of the middle class in Europe over the past few centuries saw an increase in the number of common families able to afford enough land and equipment to start small wineries of their own. Some of these farms are still in operation and are surprisingly competitive with large-scale operations in cost and distribution.

A young person in Europe lucky enough to find themselves in a position to inherit a winery will be in a situation quite different from their New World counterparts. First of all, wineries in Europe fall into very clearly defined appellations – areas of production – governed by strict regulations. This means that the type and style of wine are largely predetermined, and thus, outside of the winemaker’s control. For example, if a family winery is located in Bordeaux, they will almost certainly make red wines blended from some or all of the five red grapes allowed in the area. They might also make a white wine with allowed varieties, but they cannot grow Chardonnay, as it’s not permitted in Bordeaux. Similarly, a family farm in Champagne is likely to produce sparkling wine and not Cabernet Sauvignon. These legal guidelines lead to a relatively smooth continuity between generations. It’s not unusual for a winemaker to produce wines very similar to those made by his or her great grandparent.

Often, these wineries are small, with only a few hectares of land and a small number of grape varieties. The methods of production are governed not only by the local laws but also by the space, money, and labor available. I remember asking a winemaker in France why they aged their wines in a mix of barrels from new to three years old. As it turns out, the family could only afford new barrels once every three years. This sort of limitation produces a family style of wine that makes them special and different from any other. In many cases, small wineries in Europe rely entirely on family members to do all the work of tending the vines, harvesting the grapes, making the wine, pouring samples for tourists, bottling, marketing, and shipping. It’s an exhausting but rewarding business, particularly when the winemaker knows that people all around the world and enjoying the fruit of their labor. 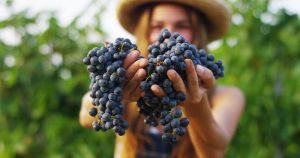 Small, family-owned wineries in New World locations like California don’t have the same depth of history that Europe does. Traditional wine grapes only arrived in California in the past few centuries, and the story of wine production has been one of innovation. Since most parts of the New World were new to European vines when they were first planted, the choice of varieties to was wide open and determined largely by availability rather than regulation. Italian immigrants in California, for example, had access to Zinfandel vines, so they planted them all over the state and established a new tradition, which has endured ever since. Taking over a small winery in California means balancing history with change, so a new owner might decide to continue selling their parent’s wines while utilizing a new plot of grapes or vinification technique. These innovations have contributed greatly to winemaking knowledge around the world and continue to drive experimentation in areas like organic viticulture and renewable energy. New wineries are constantly founded from the US to South Africa, often by successful retirees from other fields wishing to try their hand at something new and contribute something original to the world of wine.

Small family wineries are still responsible for much of the wine produced in the world and allow us as wine lovers to find unique bottles that express not only delicious flavors but also a reverence for history, tradition, and innovation. The next time you’re browsing for a bottle, look for small producers and consider supporting their efforts to bring you fine, unique wine.