In the second installment of our small wineries series, we’ll discuss a little-understood tradition that allows small-scale grape farmers to operate with tiny plots and limited capital by selling their fruit to merchants known in French as négociants (“neh-go-see-ahnts”). These intrepid business people spend years developing relationships with farmers, winemakers, distributors, and importers. As their title suggests, they skillfully negotiate between all of the parties involved in the business to bring wine from the vineyard of a small farmer to your glass. 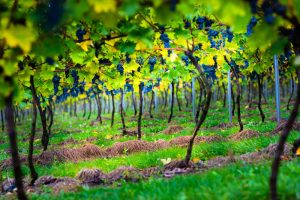 The story of modern négociants wouldn’t be the same without the infamous emperor of France who succeeded in bringing much of Europe under his rule. Napoléon is, of course, famous as a military leader, but he considered his greatest achievement to be his “Napoléonic Code” – a system of laws adopted by nations around Europe and even influenced the legal traditions of the United States. Among the reforms included in the code was a new approach to land inheritance. Rather than allowing land to pass from father to eldest son, the Napoléonic Code required that land is to be divided equally among the children of the deceased. Over the centuries, this has lead to smaller and smaller plots of land, particularly in places where the code remained in effect for a long period of time, like Burgundy. It’s not unusual for a Burgundian vineyard owner to possess only a few square meters of individual vines – not nearly enough to support a full-scale business. Enter the négociant who allowed small-scale producers to sell their fruit without having to fund their own winemaking and distribution.

After the outbreak of the parasite Phylloxera in the nineteenth century, French winemakers faced considerable stress and hardship. Négociants allowed many small producers to continue working their land who may have otherwise gone out of business. Although some of the négociants themselves became very wealthy and famous, they were often able to help small farmers, rather than compete with them. The tradition has continued throughout France despite competition from cooperatives and corporations. The famous négociant businesses of our own time might be named for the current owner or a historical founder. A few of these firms include Bouchard Père et Fils, Louis Jadot, Louis Latour Joseph Drouhin, Boisset, and Georges Duboeuf.

Négociants Outside of France

The title of négociant is most closely associated with France, but they operate all over the world – from California to South Africa. These merchants buy grapes and wine from small plots to give small growers financial, security even in less productive years. Some of them cover large regions, but others focus on small local areas. Australia, for example, has négociants who specialize in coordinating local vineyards to produce blends of great quality.

This concludes our two-part series exploring how small, family-run wine businesses are able to bring their wines to your table. Enjoying a bottle of wine sourced from family vineyards is a unique pleasure, though I also enjoy many different wines from corporate producers. Diversity in understanding and purchasing is key to experiencing all the wonders that the wine world has to offer.