Many of the world’s most famous wine producing countries are located below the equator in the southern hemisphere, where the seasons are fairly different than ours here in the United States, and compass directions have different implications for winegrowers. Why should you care about the hemisphere your wine comes from? In this post, we’ll discuss the geographic, solar, and seasonal results of making wine on the southern half of the globe. 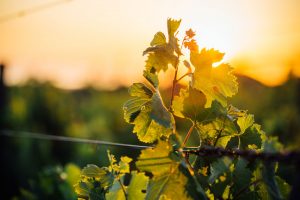 The traditional European grape Vitis Vinifera, used to make most fine wine, grows at between 30 and 50 degrees of latitude on either side of the equator. This makes two parallel bands of land encircling the globe that cover all the famous regions and countries for wine production. 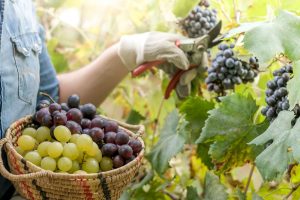 When we talk about a “vintage” in wine, we’re referring to the year in which the grapes were harvested. For the northern hemisphere, grapes are typically picked in the late summer through the fall – depending on the climate. In the southern hemisphere, the grape harvest is offset by six months, occurring from roughly February through April. The vintage is still defined by the year of the harvest, which is earlier for southern wineries. Wines from Chile, for example, are about six months older than wines from California – even if they have the same vintage on the label. Sometimes, wines from the southern hemisphere can make it to market before American grapes have even been picked.

The aspect or directional orientation of slope is among the important characteristics that define a vineyard site. In the northern hemisphere, grapes planted on south-facing slopes benefit from additional sunlight which can enhance their ripeness and protect them from frost among other benefits. Eastern slopes are also often considered desirable because they orient the vines to the rising sun which warms them after a cool night and protects them from overheating in the afternoons. It’s common to see these aspects touted in wine descriptions from Europe and North America. In the southern hemisphere, by contrast, north-facing vineyards see the most sun and south-facing and those facing south are likely to be the coolest. The east-west axis carries the same connotation in both the northern and southern hemisphere as the sun rises in the east everywhere.

All of the countries in the southern hemisphere are considered part of the “New World” of wine since they are not in Europe or the “Old World.” The terms “New” and “Old” World are arguably of less value now than they were years ago; winemakers all over the world are embracing diverse and individual styles that may be very different from those of their predecessors and neighbors. Nevertheless, a few generalizations can still be made. Overall, wines from the southern hemisphere are fruitier, fuller, less acidic, and more alcoholic than wines from Europe, meaning they are stylistically similar to wines from the United States. Over the past few decades, a number of winemakers have cultivated careers that allow them to travel throughout the globe advising wineries in both hemispheres leading to a spread of techniques and approaches across national boundaries. Winemakers and universities in the US have influenced those in Australia, for example, and vice versa. Generally speaking, if you like wines from America, you are likely to enjoy wines from countries like Argentina, Chile, South Africa, Australia, and New Zealand.

Now that you understand a little more about the southern hemisphere’s winegrowing zone, you should be better equipped to explore and enjoy wines from the other side of the globe.

No images found!
Try some other hashtag or username